▍History of the Judicial Office Building

In the Ching Dynasty, a Guangong temple originally occupied the current location of the Judicial Office Building, which was opposite from a Confucian temple (the Confucian temple was on the site that now is the campus of the Taipei First Girls High School). These two temples were the spiritual anchors of the Taipei city residents. After the Japanese occupied Taiwan, the Guangong temple was demolished in 1929 to build the Hall of Justice. The construction last 5 years and was finished in 1934. The High Court of the Taiwan Governor-General, Office of the Comptroller, and Taipei District Court were established in the High Court of Justice.
When the R.O.C. Government moved to Taiwan following World War Two, the Judicial Yuan as well as the Supreme Court moved to this location. The building is now called the Judicial Office Building. Subsequently the Supreme Court has moved elsewhere. The Judicial Office Building was designed by Kaoru Ide, the chief of the Construction Section of the Taiwan Governor-General Office during the middle stage of the Japanese period, and constructed by the local firms, Katsura Shokai Corporation and Ikedagumi Corporation. Once a 3-story building, a fourth floor has been added. Each floor contains about 65,000 square feet. The Ministry of the Interior designated the building as a national heritage site in July 1998.

▍Features of the Judicial Office Building

Influenced by European Modernism, the Judicial Office building is an example of "Transition Architecture" with a simple, bright, and clear style and without classically complex decoration. hough the building is decorated with arches and arched windows that are often seen in classical buildings, its decoration lines are simplified. 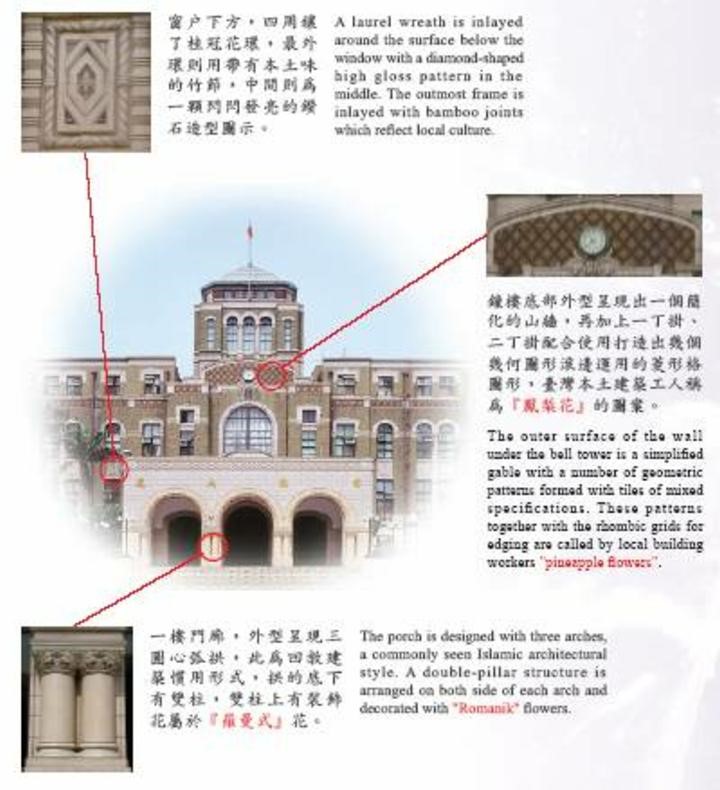 The most distinguishing architectural feature of the Judicial Office Building is its Koa-style roof on the central tower. The roof is a smaller octagonal spire, composed of wave like curves. This architectural style is somewhat like the Chinese style is called Koa Style or Imperial Crown style. In the Japanese colonial period, this style of architecture reflects a focus on the "authority" of the highest judicial agency. 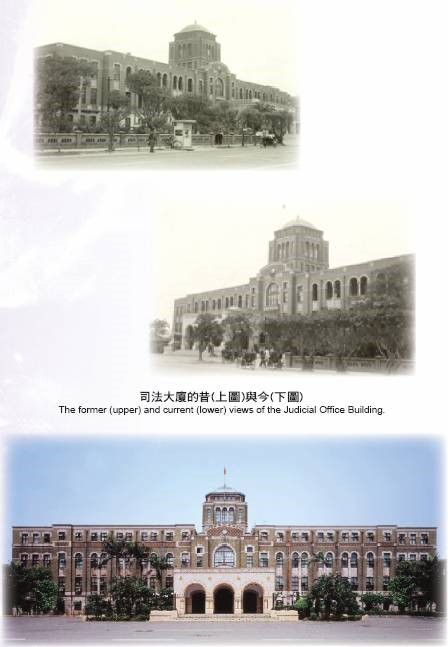 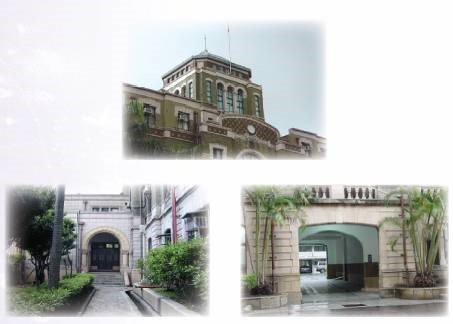 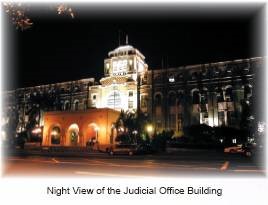 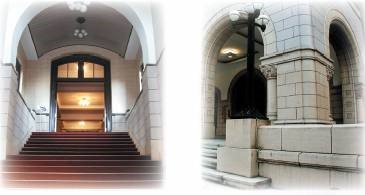 On the two side ways of the stair, there are huge octagon HuaLien marbles made columns. This is the first time that uses Taiwan marbles in making the columns of the building. At the second-floor lobby, there are some specificoutstanding octagon shape lights on the short wall. 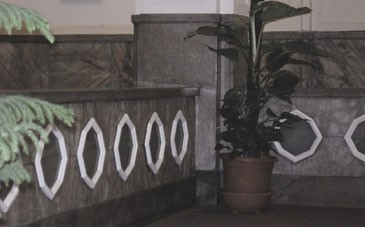 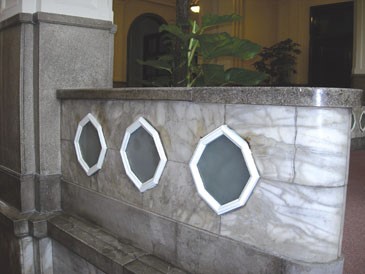 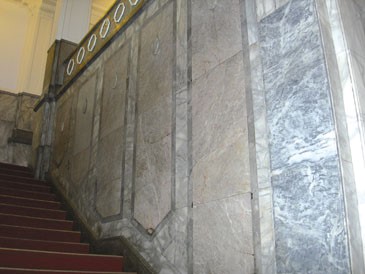 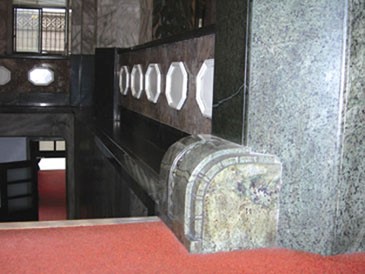 A departure from other public structures in Taiwan, courthouses structural styles of various eras have been successfully preserved from the first year of the National Government all the way until now.

Courthouses of different eras manifest the history of epochal transformation and judiciary evolution. The transformation of courtroom arrangements reflects the growing respect for interested parties. Courtroom is no longer a venue where trials take place many transformations shown in structural designs communicate a sense of warmth and judicial trustworthiness. From classical complexity and solemnity to modern simplicity and grace, courtroom arrangements undergo subtle changes, symbolizing the delicate ties between person and the judicial system.